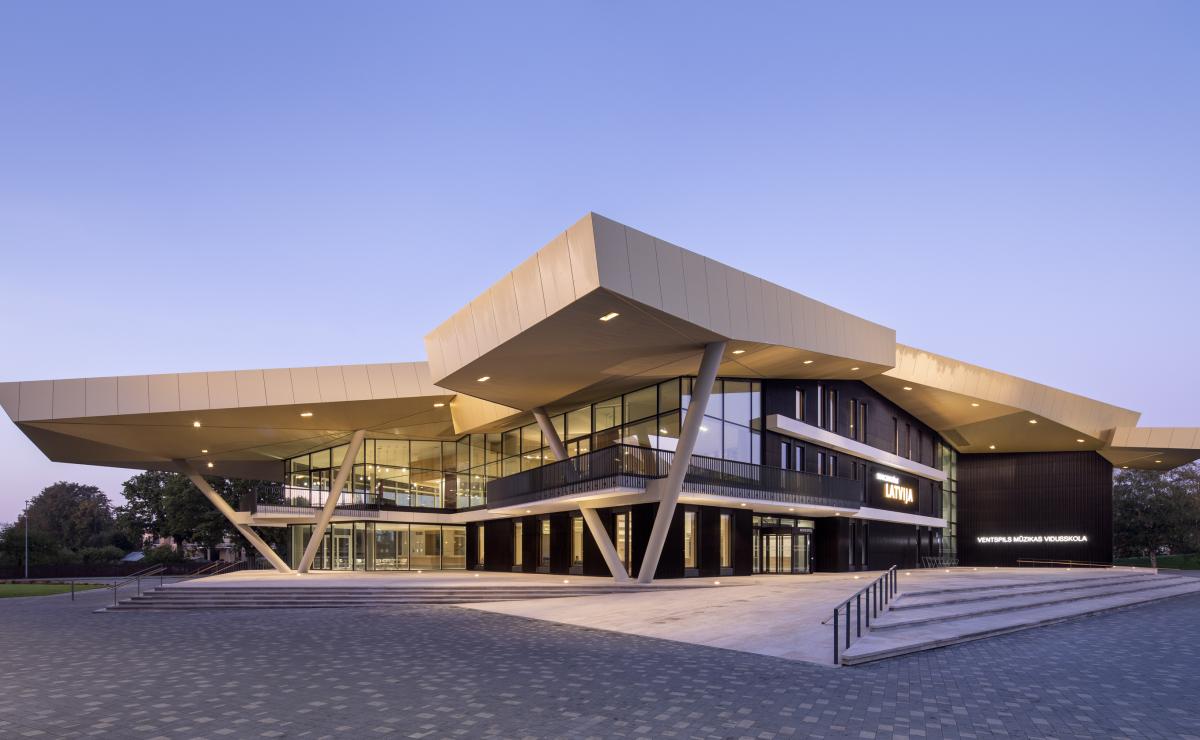 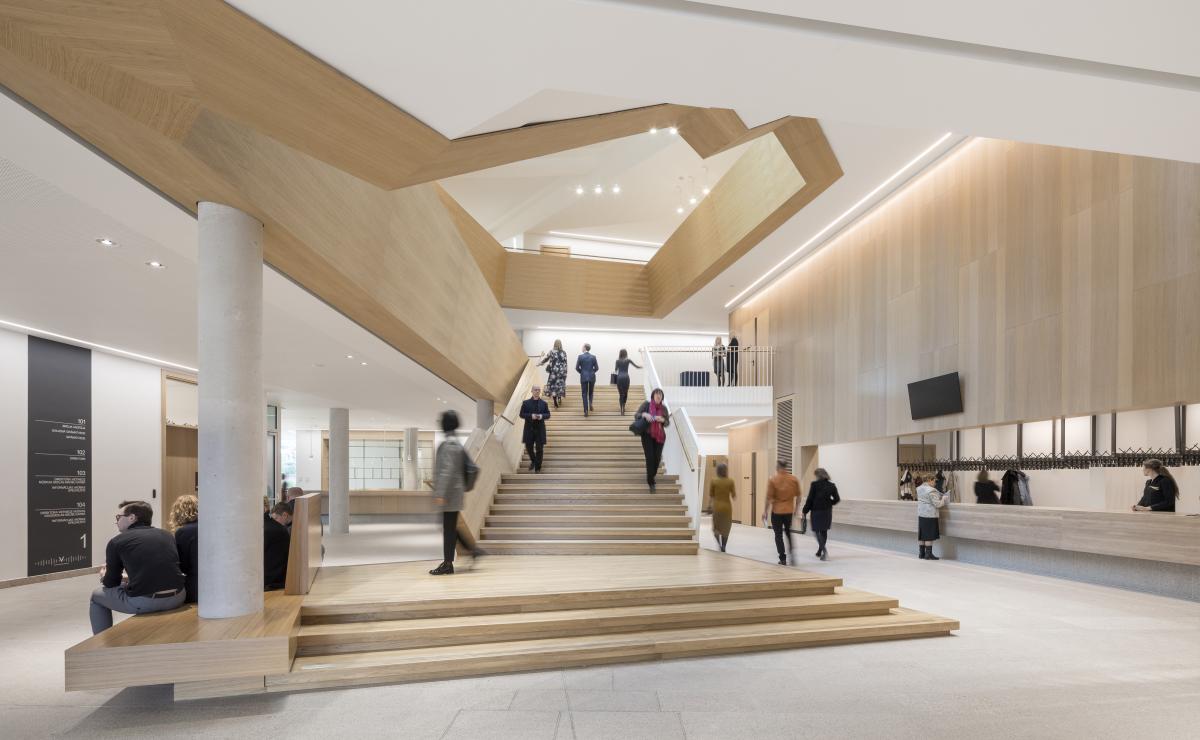 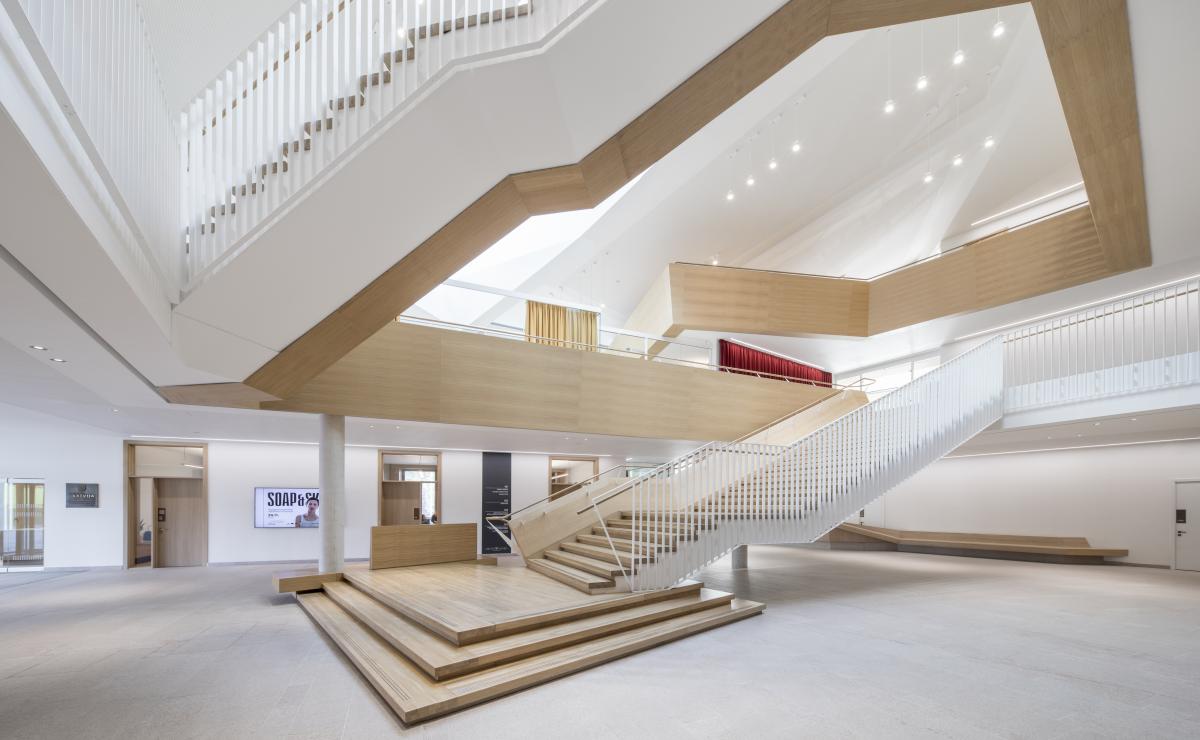 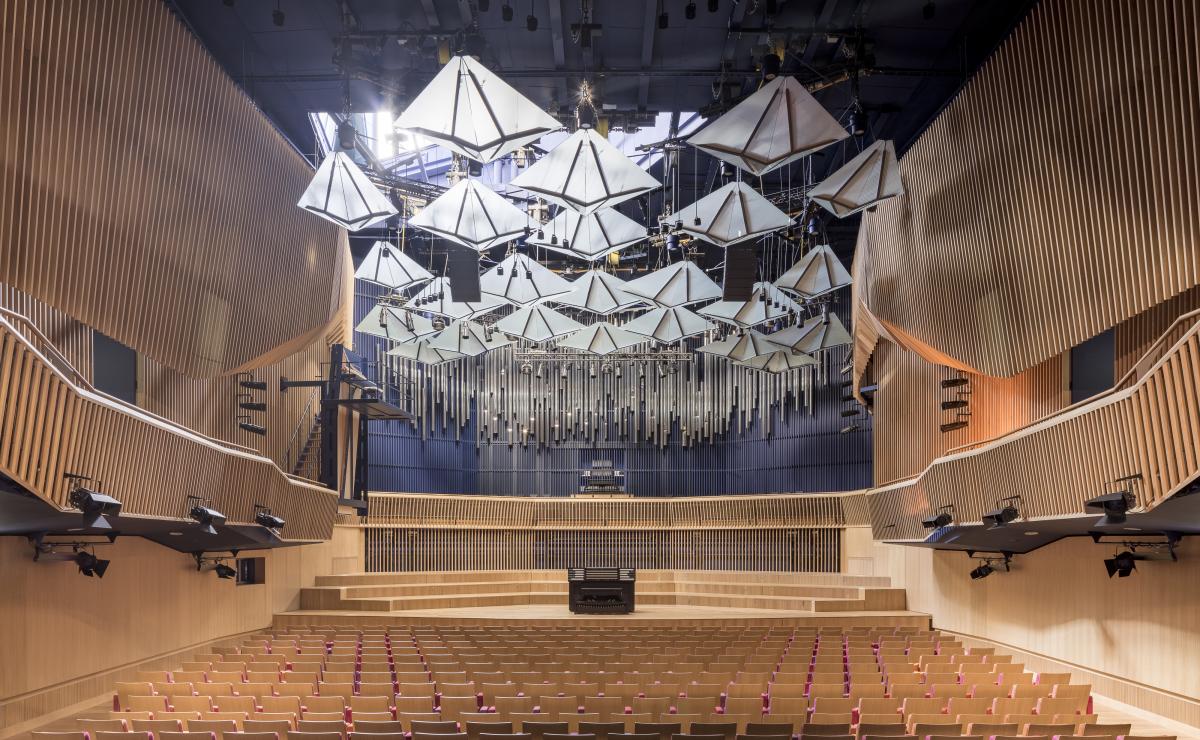 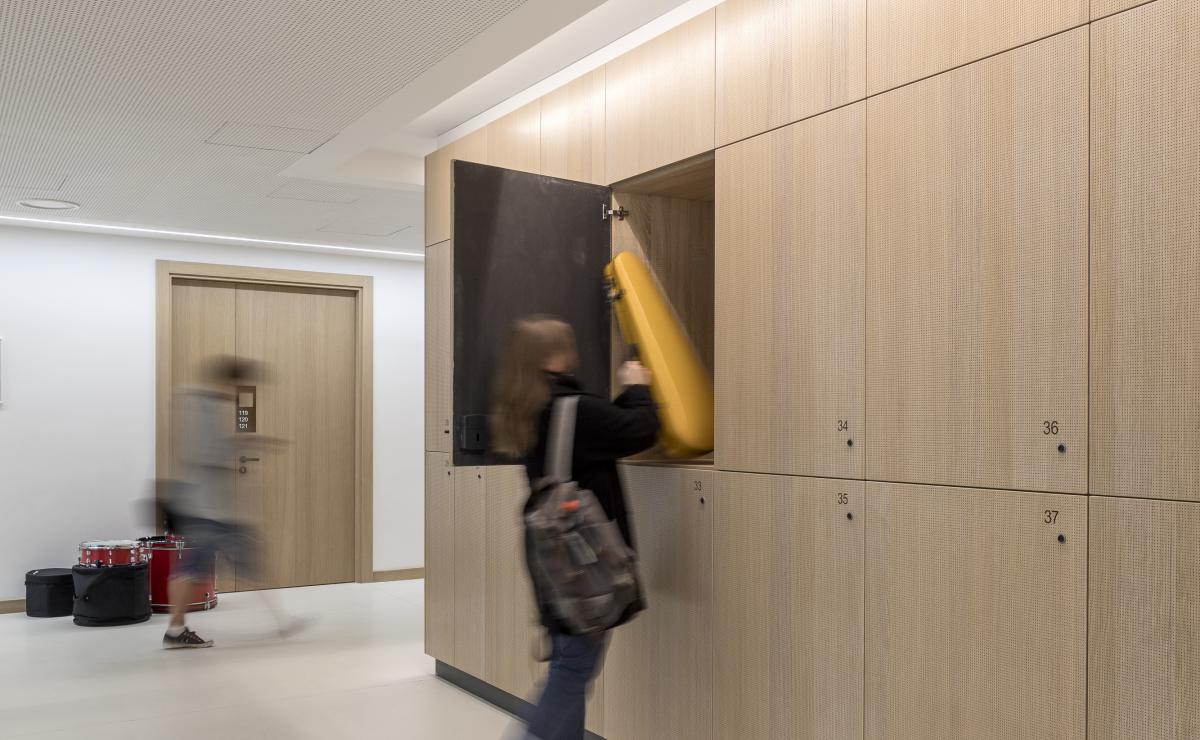 The center of music in Latvia.

In the Latvian culture, music plays a fundamental role. It unites people and is a big part of the Baltic identity.
With the construction of the "Latvija", the musical center of Latvia is located in Ventspils, protected by the spectacular roof of the futuristic building. The unconventional construction quickly became the city's landmark.
The building forms fit in elegantly with the city park and forms a well thought-out architectural concept, which was provided by the renowned architectural office haas cook zemmrich STUDIO2050 from Stuttgart in Germany.
The generously designed building complex is home to a popular music school as well as various rooms for performances. Among other things, a classical concert hall with a capacity of 600 seats as well as a smaller theater hall and an amphitheater.

The entire interior features the highest acoustic standards. Soundabsorbing claddings on walls and ceilings ensure that two parallel events can take place. The acoustic panels made of European oak skilfully complement the interior concept and ensure optimal acoustics and an appealing look. The modern atrium, the open foyer and the large hall are aesthetically enriched by the high-quality material.
In addition to the wall and ceiling paneling, lockers were also fitted with acoustically effective furniture fronts. In the long corridors of the building in particular, this almost suppresses unwanted sound reflections. 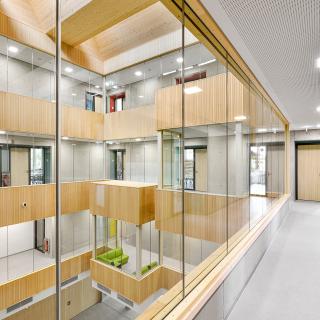 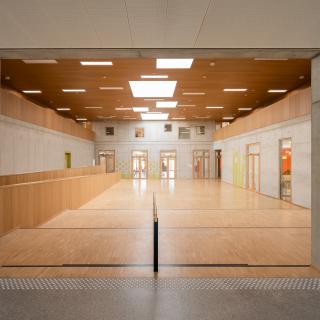 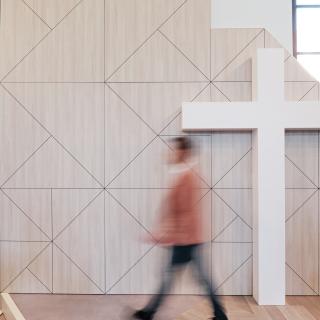 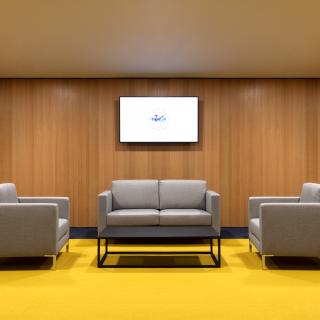 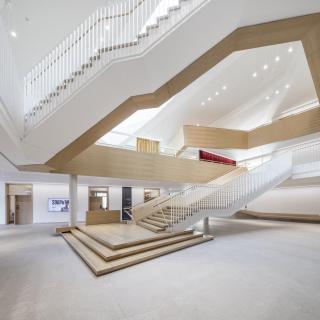 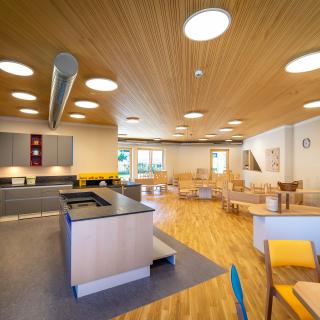 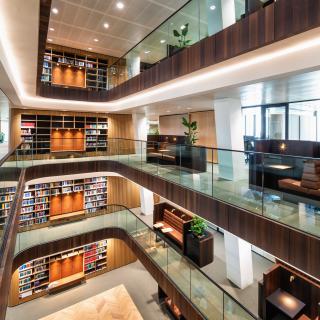 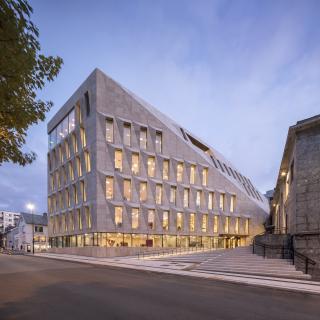 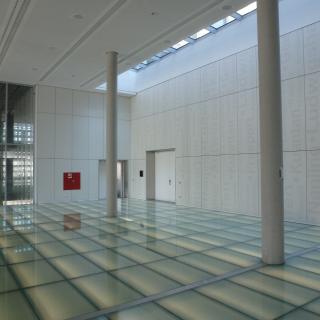 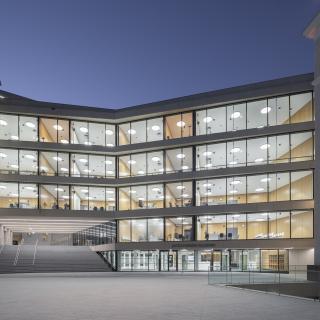 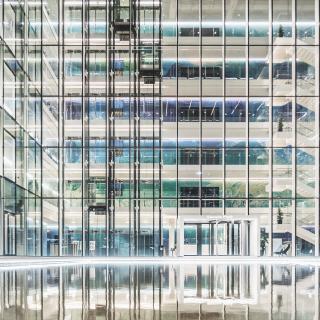 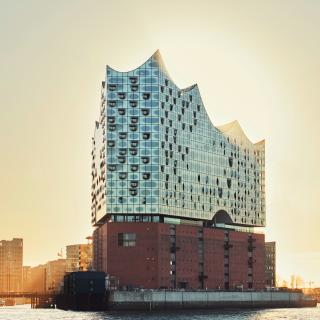 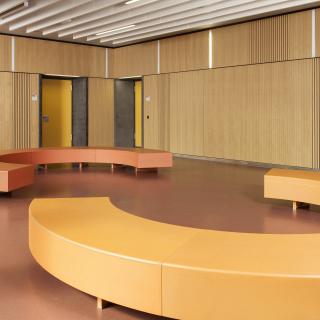 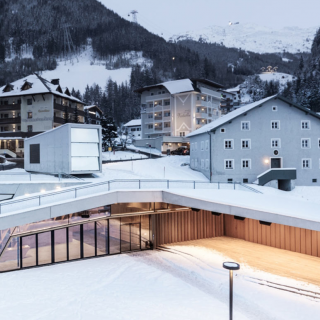 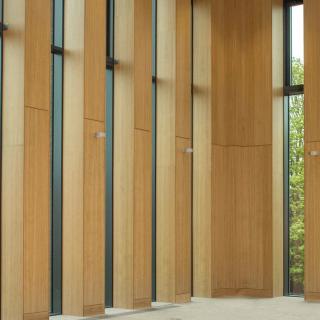 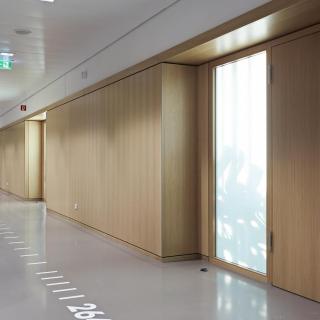 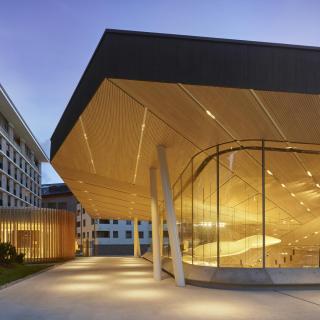 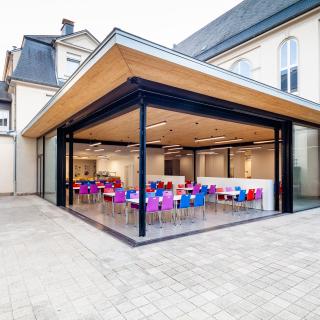 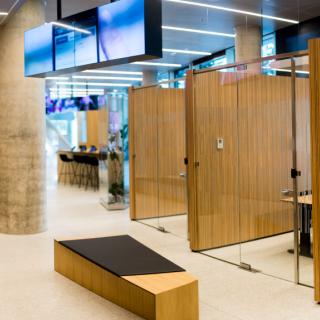 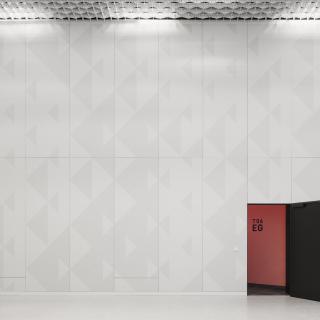